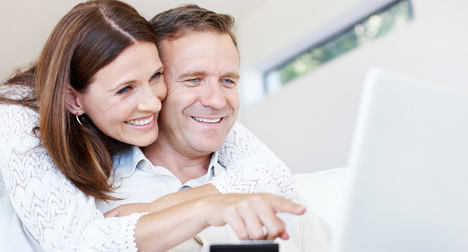 According to recent research, 89% believe the recession has made it more acceptable to use vouchers, while 72% are using more vouchers today than this time last year.

When the leading discount company in the UK, MyVoucherCodes.co.uk looked to expand, Sweden was an obvious market.

”We carried out a lot of research, which proved that Sweden would be a good market for us, because people there are used to shopping online and because the penetration of smartphone users is much higher than in other countries,” says Nadia Khaldi, Online Marketing Executive at Markco Media, which has now established www.TopRabattKod.se for the Swedish market.

Their faith has been rewarded with substantial month on month growth since the launch in August 2011, and figures so far this year already eclipsing the traditional Christmas rush.

The most popular products people sign up for are fashion items and travel. In the UK, around nine out of 10 adults regularly use online vouchers, tokens and offers for deals on travel, tourism and entertainment, a situation likely to be mirrored in Sweden.

However Khaldi believes there is still huge growth potential in Sweden

”Eating out is a new market we want to get into, but at the moment a lot of restaurants don’t have the kind of deals on their website that you see in other countries. In the UK for example, it is very common to go out and eat ”2 for 1”, but it isn’t really the same here yet, so hopefully we can make that market grow,” says Khaldi.

The advantage of coupon shopping, as opposed to “daily deals” marketing, is that the former not only creates and drives new traffic, but also builds loyalty in existing customers and awareness in consumers.

”The trader knows that we can bring a lot of traffic to their website, because we have so much experience in helping customers find what they are looking for. One way is by breaking our products into easily identifiable categories, so a trader wishing to advertise a good offer on shoes for example, will get a lot of people coming to their site if they partner with us. We offer retailers promotion exposure opportunities through our various channels, which in return will result in a high ROI and an increase in sales through the affiliate marketing channel.” says Khaldi.

It is a method that so far seems to be working. Well known brands in Sweden like entertainment retailer CDON and camera and printer retailer Pixmania are among the most popular, in a list of partners and brands numbering over 1,000 already, including the likes of H&M, Dell and Microsoft, as well as local shops such as Ellos, Apollo and Lindex.

”Since we’ve done this business in so many countries, we knew we could come into the Swedish market well prepared and we have seen fast growth already. Our competitors are not able to draw from our vast experience in the voucher market, which we gained in the last 6 years from being successfully one of the top voucher websites in the U.K,” says Khaldi.

Since 2005 the voucher market has moved online and generates online businesses as well as high street retailers additional sales. According to consumer experts, a similar kind of economic crisis is fuelling a remarkably similar explosion, as hunting for a bargain becomes very much a mainstream form of shopping.