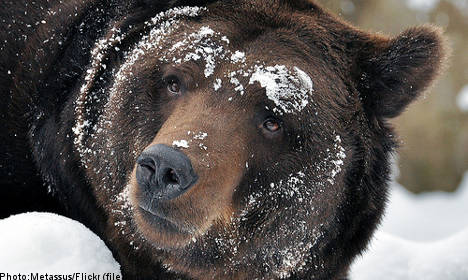 Shaguyik, a 340 kilogramme Kodiak Brown Bear, reportedly made a dash for it when the electric fences were temporarily turned off.

“We had our electric fence turned off for maintenance and during that time something spooked Shaguyik,” said Mike Miller, the executive director of the Alaska Wildlife Conservation Center, in a statement.

The bear, which Miller claims is the first escapee from his center, has not been seen since last Tuesday, despite an intensive search. This was made even more difficult as Shaguyik is uncollared and untagged, despite being micro-chipped.

Shaguyik, a blonde haired brown bear, was intended to be sent with another bear to Orsa Bear Park in Dalarna, central Sweden, in time for summer. She is two-years-old and was rescued as an orphan by the centre in 2010.

Whether she was simply trying to break free from captivity or whether it was the prospect of Dalarna winters that gave her cold feet remains unknown.

For now, Richard Palmgren, spokesperson for Grönlittsgruppen, the company which owns the Orsa Bear Park, is hopeful for a speedy find, and a safe delivery of both bears.

“We have built a shelter for the bears in the park where they will live together as ambassadors for Alaska,” Palmgren told the Expressen newspaper.

“We can only cross our fingers that they find her soon.”