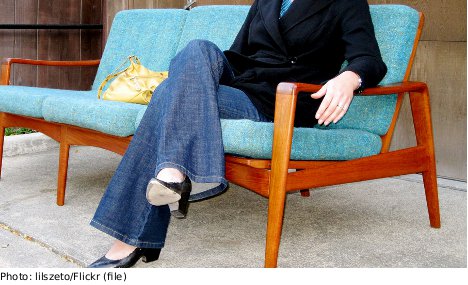 The man, who had sought out the female therapist hoping to be able to shake off his rampant sex addiction, was unable to contain his pent up passions for long, according to newspaper Metro.

Before they even began their conversation, the man allegedly made a run at the woman, proceeded to hold her arms down, and covered her face and neck with passionate kisses.

According to the paper, the man, reportedly in his fifties, then became more aggressive, making verbal demands that the therapist have sexual relations with him.

When she seemed less than keen to acquiesce to the man’s sordid suggestions, he tried to keep her from leaving the room, but she managed to push through and escape, running out of the room.

The man denies the allegations, saying that the whole thing is a giant misunderstanding.

However, the Helsingborg District Court found that the woman’s version of events was more credible, taking into consideration the fact that she has been working as a therapist for over twenty years.

The man was convicted of sexual molestation and has been sentenced to serve fifty hours of community service, according to the paper.