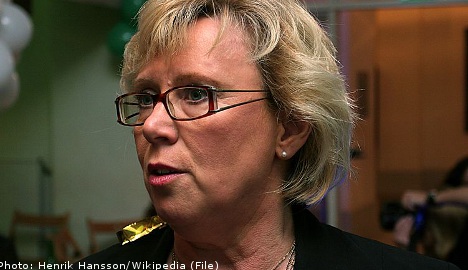 “Frankly I’m incredibly irritated by this. We’re running global negotiations to phase out mercury all over the world. Sweden is very active in these negotiations, with the support of the EU commission. Because it’s a highly dangerous environmental toxin,” Minister for the Environment Lena Ek told Sveriges Radio (SR).

Mercury was banned in Sweden in 2009. The rest of the European Union is trying to move toward a similar ban, but Belgium is blocking a ban, citing the need for mercury in certain measuring instruments, reported SR.

This means that Sweden must now open its market for certain products that contain mercury.

“The fact that the commission is unable to keep it together, that EU regulations are worse than the tough demands we’re making in global negotiations – it’s just crazy,” said Ek.

This has been done once before, for the wood preservative creosote.

“Sweden is going to stand by its ban, so if need be we’ll take the conflict with the commission,” said Ek.