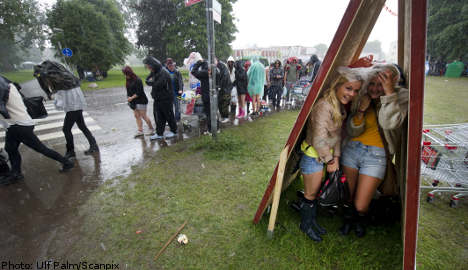 “First we saw a lightning flash and then we heard a really loud clap of thunder. The next thing we knew, the ambulances had come,” said one witness, Amanda Andersen, to the Dagens Nyheter newspaper (DN).

However, no one was seriously wounded and all the injured people were conscious when the ambulances arrived. Those taken to hospital are now “up and walking”, according to TT.

”They have no visible wounds, they were holding umbrellas and other objects that conduct electricity,” said Lena Sterner of the Dalarna county council to DN.

The confirmed lightning strike occurred around 3pm on Tuesday afternoon, shortly after the event had begun.

However, according to yet uncorroborated information to the police, there was more than one lightning strike in the festival area.

”It was reportedly on the actual festival site and as far as we know, there is one person injured,” said Bo Eriksson of the county police to TT.

According to Ronny Matsson, press officer at the festival, there were both campers and festival staff at the actual site who had sustained milder injuries.

“They were all holding metal objects when lightning struck,” he told news agency TT.

However, Matsson also said that although it had been raining quite a bit, he had not seen much of a thunderstorm in the area prior to the lightning strike.

The Peace & Love festival is one of Sweden’s largest and most popular music events, and this year’s boasts the likes of Rihanna, Roxette and Regina Spektor as headline performers. 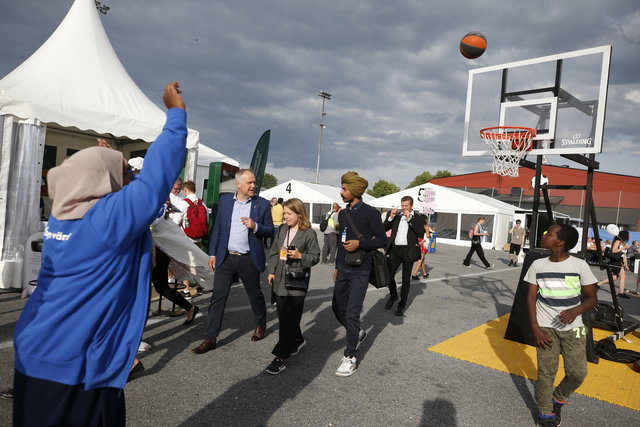 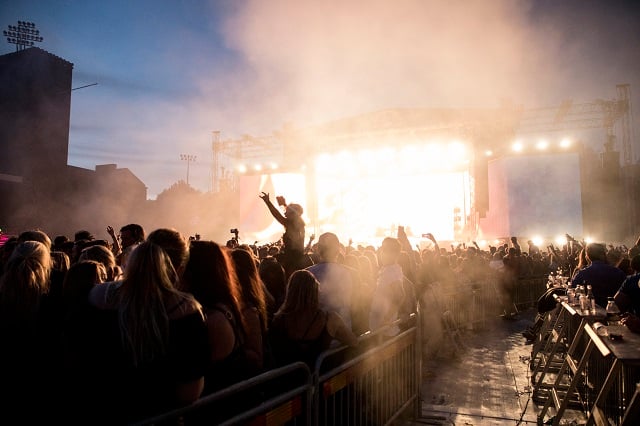