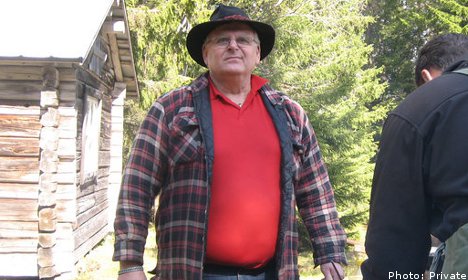 “I’ve got a pretty big belly but this was clearly a misdiagnosis,” Gösta Eloffson told The Local.

Eloffson, who hails from Ragunda in northern Sweden, said he was at first confused on Thursday when his doctor told him the reason why he would have to give another urine sample.

“The doctor joked I was pregnant, and then told me I’d have to do another test!” he said with a laugh.

Despite the results of the test, Eloffson was pretty certain he wasn’t pregnant.

“The first test had apparently come into contact with some contaminated bacteria, the same exact bacteria as a pregnant woman would have,” he explained.

“We all had a good laugh about it for a while, but I went in and gave another test, and everything’s fine now, I’m not pregnant.”

Elofsson later decided to post the story of his “pregnancy” on Facebook, asking if “the holy spirit had gone gaga and made a man pregnant this time”.

The post was subsequently noticed by national media, making headlines across Sweden.

In the meantime, Elofsson is happy to announce that while he won’t be giving birth to any children himself – he is expecting two kids soon: