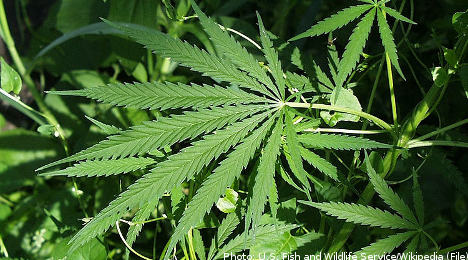 The “drug” deal occurred last summer in Gothenburg, western Sweden, when a man who was in serious debt came up with the idea of passing off dried grass as cannabis, wrote the Göteborgs-Posten newspaper.

However, the man immediately left Gothenburg in order to keep a safe distance from the grass buyers.

Upon learning from his mother that “three angry men” were out to get him, the man fled Sweden to Thailand in a hope of evading the men, according to the paper.

When the buyers, three men aged 25, tracked down a friend of the seller who was involved in the deal, they kidnapped him and took him to a lookout in a nature reserve where they they savagely beat him, breaking his elbow and crushing his kneecap.

While they were beating the friend, they demanded their money back.

On Tuesday, the three attackers have now been sentenced by the Gothenburg district court to between three and four years in prison each for aggravated assault, robbery, kidnapping, and drug offences.