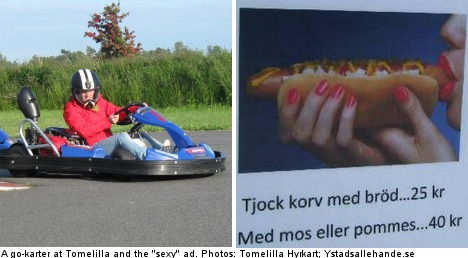 “There’s been such a big discussion about this sausage advert that we wanted to mock the whole thing,” said Tomelilla Hyrkart employee Karl Västman to The Local.

The “offensive” advert, which included a close-up picture of a hotdog, two hands, and two red lips wrapped around the tip of the sausage, was taken down on Wednesday after a member of the local council in Simrishamn responded to a complaint by the municipality’s gender expert.

Now the go-kart company, which is located in the neighbouring town Tomelilla, southern Sweden, has responded with their own ad.

“We’re standing up for common sense. But it’s mostly just for fun,” Västman said, adding that their offer is a “statement” – but also that they’re not taking it too seriously.

But the invite certainly appears to be official. On the company’s website, there is a section headlined “Gender official?” with a link that takes the reader to a page with more information.

“The only people who can ride free on our course are female gender officials who are topless. Because they, in some cases, have difficulty identifying their own gender, it will be our judgment that applies.”

So far, the response has been positive, according to Västman.

“People tell us they’re behind us, but we realize that everyone has different opinions and we aren’t intending to offend anyone,” he said.

While Vastman claims that no gender officials have yet taken off their shirts for the free rides, which are on offer through July, he explains that the company is still hopeful.

“No one has taken up the offer just yet, but we’re hoping someone will soon,” he told The Local. 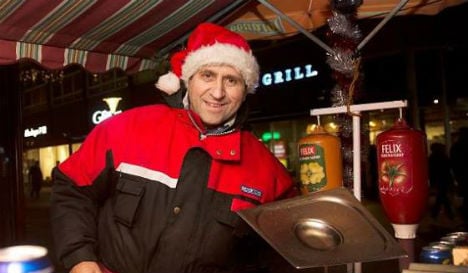 SAUSAGE
A thousand protest to save Swedish city’s ‘sausage king’ 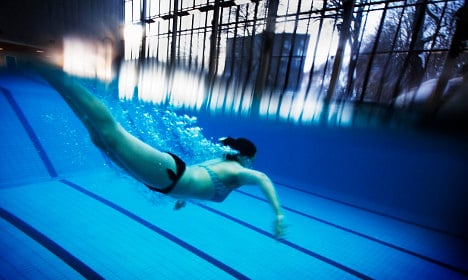