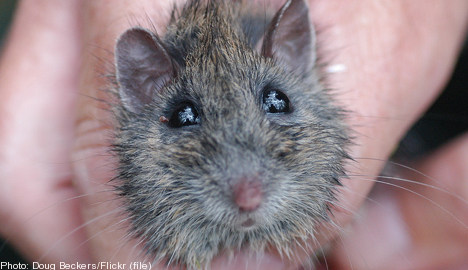 “Rats are intelligent animals, that’s why we are seeing these problems. They are clever and learn new ways to get in all the time,” Anna Engwall of the Anticimex pest control agency to daily Dagens Nyheter (DN).

So far this year, Anticimex has carried out 5,509 decontaminations compared to 4,283 for the same period last year – an increase by 29 percent. Mouse infestations over the same time period increased by 43 percent, according to the paper.

One of the problems, according to the experts, is that the animals are highly adaptable. They have learned to climb into buildings and only need a 2 centimetres hole to push through into the property.

“Rats are the best survivors in the world, they are great at climbing and swimming and are phenomenal at getting in through tiny holes,” said Engwall to the paper.

To get rid of the infestation, it is key to find out where the animals are getting in. It isn’t enough just to chase out the rat or mouse that you see, Engwall told the paper.

There are many reasons for the growing number of rats in Stockholm’s inner city. According to Engwall, one of the contributing factors is that the city is growing; there is a lot of digging going on, which makes rats come up above ground.

Also, Stockholmers are leaving an increasing amount of rubbish behind them, especially in summer time when the nature loving town dwellers flock to picnic in the city parks, Engwall told the paper.