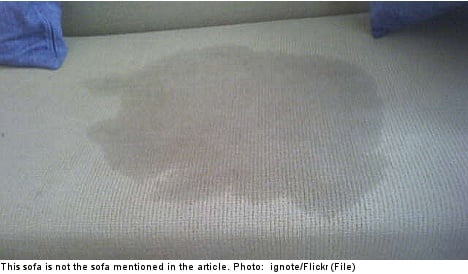 The incident took place on a Friday night in May after the woman had spent an evening together with two other men at a house in Långås, about 90 kilometres south of Gothenburg, the local Hallands Nyheter newspaper reported.

At some point during the evening, however, an argument broke out among the three, at which point the two men decided to retire for the evening.

The woman, who is in her forties, then proceeded to crawl into bed next to one of the men, aged 21, and urinate on him as he slept.

According to an indictment filed with Varberg District Court, the woman then continued to relieve herself on the man’s sofa, displaying what was described by prosecutors as “reckless” behaviour.

The man who found himself and his couch drenched as a result of the woman’s bodily fluid attack is also seeking 12,500 kronor ($1,885) in damages.

In addition to facing harassment charges for urinating on the man, the woman has also been charged for an assault stemming from a separate incident in May when she hit another woman in the face.

The woman, however, denies having committed any crime.