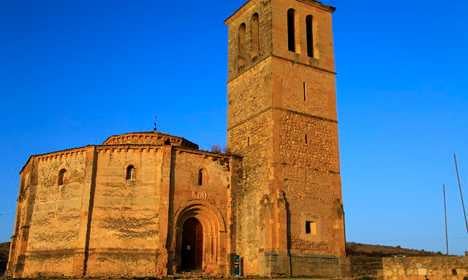 Click here to see the sights of Segovia photo gallery

Tourists can take the high-speed train and journey just 30 minutes from the Spanish capital to discover the maze of the winding old town trails, hidden architectural masterpieces and be lured by the local cuisine – most famously – the Segovian suckling pig.

The city’s 55,000 population is also regularly boosted by visiting pilgrims, since it forms part of the main route of the Camino de Santiago de Madrid.

Still considered one of the wonders of the Roman Empire, it was constructed under the rule of Emperor Trajan around 110 AD.

Measuring 818 metres in length, It took 24,000 granite blocks to construct and until recent times was still used to transport water. Considered the most important emblem of civil engineering from the Roman era in the country today, the locals regard the aqueduct as the symbol of Segovia.

It stands 29 metres at its highest point where it reaches Plaza del Azoguejo, the most visited part of the city.

This fairy-tale fortress plays a central role in Spanish medieval history, as it was once the residence of the Catholic Monarchs Isabell and Fernando (often known in English as Ferdinand and Isabella), the rulers who laid the foundations for modern-day Spain.

The King and Queen also paved the ways for the discovery of the New World, financing Christopher Columbus's voyage to America.

Originally an Arab Alcázar, the building, distinctly known for being the same shape as the hull of a ship, dates back to the 12th century. Legend has it that it was used as inspiration for Walt Disney’s Cinderella castle.

Founded by the Knight Templar in the 13th century, the Iglesia Vera Cruz (Church of the True Cross) was built as a shrine to house a small fragment of wood reputedly from the cross on which Jesus Christ died.

Its unusual 12-sided polygon shape, with a south-facing tower, houses three chapels and is inspired by the Church of the Holy Sepulchre in Jerusalem.

An interior gallery was built in order that the Knights could keep vigil over the precious relic, now housed in a nearly church in the village of Zamarramala.

Further afield on the Castilian plateau lies the amazing backdrop of rugged canyons amid the gorges of the Duratón river nature reserve.

The canyon, with its impressive rock faces that rise over 100 metres in places, has been over 1,000 years in the making. This part of the province is the delight of trekking and kayaking enthusiasts, watched over by the many majestic birds of prey that nest within these well-hidden marvels of nature.

Don’t miss a meander through the ravines to view the extraordinary remains of the 13th century Hoz Monastery.

The Royal Palace, often referred to as a small Versailles, is surround by sprawling gardens and elaborate fountains, is now open to the visiting public as a museum.

Built in the Baroque style in18th century by Phillip V, it was a former summer residence for kings and queens and staged state weddings, burials and political events.

The 1970 Hollywood film Patton, about the life of the famous US World War II General, was shot on location at the Palace, among others.

Find out more at www.spaintravelnorthandsouth.com.