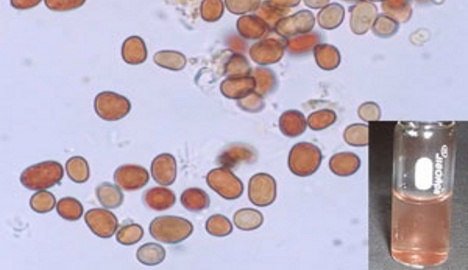 “It is difficult to say but southern Sweden could well be in the danger zone,” said Joakim Langner at Sweden’s Meteorological Institute (SMHI) to the Aftonbladet daily.

Blood rain is a weather phenomenon first noted in literature in Homer’s Iliad in the 8th century BC. Until the 17th century it was widely believed that the red rain from the sky was in fact blood and thus a bad omen.

However scientists now believe that the rain’s distinct colour is caused by the accumulation of dust and particles gathered from the Sahara desert.

According to forecasters in Denmark, the country is set to get doused on Saturday with southern Sweden in line for a blood red shower later over the weekend.

The phenomenon is however far from unheard of in Sweden. According to Joakim Langner it occurs around every five years in Sweden, although is most commonly seen in the spring.

Langner explained that the blood rain poses no danger to the public, beyond leaving a stain on garden furniture and vehicles.

Whether the colour of the coming rains remains uncertain, SMHI is certain that it stands to be a wet weekend. Southern and western Sweden will be hit first, with the rainy from pushing up through Svealand as the weekend progresses.