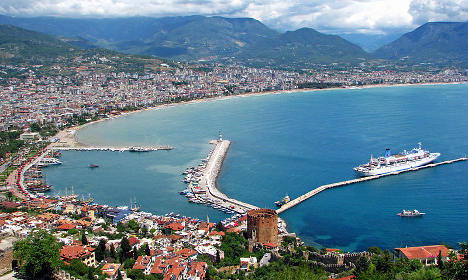 The man disappeared on Wednesday evening and was found the next morning lying dead by the roadside.

The man’s body has been sent for a forensic autopsy to determine the cause of death, while police suspect robbery and murder.

“We will await the results before we give any more statements,” a local police officer told Aftonbladet.

The Swedish foreign ministry has confirmed that a man from northern Sweden has died, but currently has no further details.

“I hope to have more information to give after the weekend,” Linn Duvhammar at the foreign ministry told the newspaper.

The man is described as a 55-year-old father of two. He was in Turkey with his family for a week’s charter holiday at the south coast resort of Alanya.

He has been identified by police thanks to his driving licence which was left at the scene.

There is reported to be strong evidence to indicate that the man was robbed prior to his death. His debit cards and cash were missing and his bank account had been emptied.

The man’s family is expected to return home to Sweden within the next couple of days.