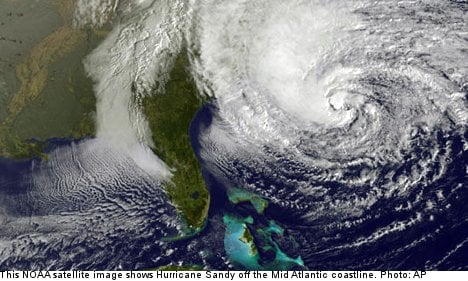 Several thousands of Scandinavian passengers have been affected by the temporary closure of airports in the New York area.

Other carriers have also chosen to cancel their flights. The airlines flying direct from New York to Stockholm are Delta Airlines, United Airlines and SAS.

SAS said Monday that it had decided to cancel at least six flights between the US and Stockholm, Oslo and Copenhagen.

“Severe weather, due to Hurricane Sandy, is expected to impact the East Coast of the U.S,” wrote the SAS official website, adding that delays may continue until October 31st.

Passengers are receiving compensation for the changes.

“They can either rebook or get their money back if they don’t want to fly,” said Elisabeth Manzi, press spokeswoman of SAS to the TT news agency.

Affected passengers will also be reimbursed for their accommodation and food expenses.

SAS is yet to decide whether it will cancel flights on Tuesday.

The company also urges passengers travelling to the US in the next few days to check their website regularly for further information.

Meanwhile, several states in the US have declared emergency and hunkered down in preparation for the storm, with tens of millions of people expected to be affected.

The national hurricane centre in the US provided the latest warning on Monday morning about Sandy, which is currently in the Atlantic ocean and heading towards New York.

The storm is expected to hit the US sometime on Monday.