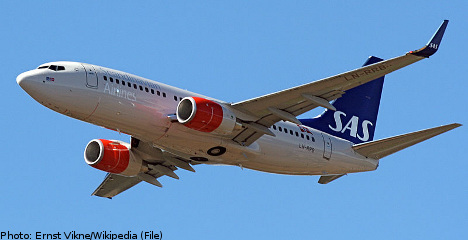 The airline announced on Monday that ground service and a Norwegian subsidiary will be sold, following a crisis meeting over the weekend.

Furthermore, 800 jobs at the airline will be slashed, according to the TT news agency, and negotiations have already begun for salary reductions.

“The Board has given its unanimous support to this plan and recommends that all of the company’s employees support it as well,” SAS wrote in a statement.

“This truly is our ‘final call’ if there is to be a SAS in the future. We have been given this final chance to make a fresh start and to carry on these fundamental changes,” Rickard Gustafson, President and CEO of SAS, said in a statement.

“I know that we are asking a lot of our employees, but there is no other way. I hope that our loyal and dedicated employees are willing to fight for the survival of SAS and for our jobs.

“If we do this, we will be able to invest in new aircraft in the long term and to further develop our operations. This will ensure that SAS will continue to play an important role for millions of people in Scandinavia in the future,” he said.

The SAS CEO told the TT news agency that most salaries will be cut by around 15 percent, while he plans to take a 20 percent pay cut.

The divestments and job cuts shave 6,000 positions from SAS payrolls. According to Gustafson, the airline will have around 9,000 employees following implementation of the savings package.

Meanwhile, the Swedish government, which owns just over 20 percent of the airline, making it SAS’s largest single shareholder, signaled on Monday is has no plans to provide additional capital to the struggling carrier.

“As a responsible owner, the government is willing to create the conditions for a limited time that will allow SAS to carry out the comprehensive changes called for by the business plan,” Financial Markets Minister Peter Norman said in a statement.

Norman added however, that responsibility for implementing the changes “rests with SAS” and that agreeing to extend a loan does not entail any fresh injections of cash from the Swedish state.

In addition, the government is looking to sell its stake in the crisis-ridden airline.

“The government’s ambition is to continue to look for another owner for SAS,” the government said.

“The new business plan makes SAS more attractive for a potential buyer, and thus increases the possibilities for the state to reduce its ownership stake in the company.”

The airline’s problems have persisted in recent years and the firm has struggled to keep up with competitors. High salaries, pensions liabilities and an ageing fleet have all contributed to the company’s perilous state.

The last time the firm’s problems came to a head, in 2010, cabin staff backed down and accepted lower pay and conditions. A savings package carried out between 2009 and 2011 meant 4,600 jobs disappeared from the airline.

SAS shares climbed 8 percent in opening trading on the Stockholm stock exchange on Monday, climbing to a price of around seven kronor per share.