The voluntary agreement among seven of the eight political parties currently in the Riksdag will ensure that donations greater than 20,000 kronor will be made public, and is seen as a first step toward adopting a law on political donation transparency ahead of European Parliament elections in June 2014 and Sweden’s general elections in September 2014.

Because the law won’t likely come into effect until shortly before the elections, donations to candidates’ personal election campaigns wouldn’t need to be accounted for under the same conditions as those laid out in the law.

“I assume that all parties that support this agreement will provide and accounting in the same way for all elections when they provide an accounting for the 2014 election year in 2015,” Moderate Party Secretary Kent Persson told the TT news agency.

The Green Party doesn’t think the agreement goes far enough in clarifying how donations should be reported and remains concerned that the agreement, and nothing more, will end up as the basis for the future law.

Among other things, the Greens want clearer rules about the reporting of donations from organizations.

“Otherwise a party only has to show that they received money from an organization, not where the money from the organizations comes from,” Green Party Secretary Anders Wallner told TT.

It remains unclear exactly how a law on political donations will look, but the foundations are to be found in the agreement hammered out on Tuesday.

The Social Democrats praised the fact that the Moderates have finally signalled they want a law governing political party donations in place by 2014, but remain worried that the process will drag on longer than necessary.

It was about a year ago that the Moderates first opened the door to such a law, after having previously, along with the Christian Democrats, opposed any such measures.

However, he rejected criticism that the Moderates has intentionally been dragging their feet on the matter. 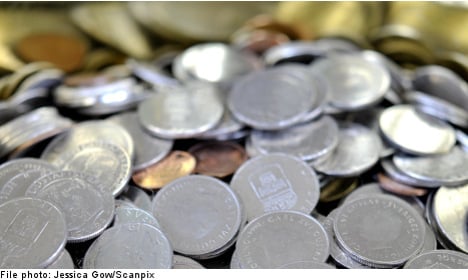