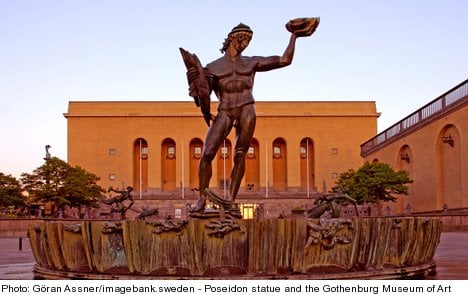 Sweden’s universities rank highly in many areas, not least the humanities. In Gothenburg, there is a conscious effort to promote the excellence of its programs in this field.

The University of Gothenburg has approximately 39,000 students and 5,000 employees, making it one of the major universities in Northern Europe.

Originally founded as Gothenburg University College in 1891, it is also Sweden’s third-oldest university, although it was not granted the rights of a full university by the Swedish government until 1954.

In common with the other major institutions in Sweden, the university enjoys great popularity among foreign students.

With its eight faculties and 57 departments, it attracts some 900 exchange students each year.

Meanwhile, the student body comprises around 70 different nationalities from overseas, thanks to an extensive partnership agreement offering 1,133 exchange agreements in 514 institutions, from some 57 countries.

“Many combine their studies in humanities with others like social sciences, natural sciences and economics.”

For foreign students in particular, the University of Gothenburg has a wide range of programs available in English, mostly two-year masters programs.

These vary widely, from conservation and design, to more specific subjects such as such as fine arts in music to child culture design, representing the shifting change in taste and demands from students.

“We do see that the faculty is changing,” adds Thörnqvist. “As society changes, so does the demands of students, so we need to be responsive to faculty development, while at the time ensuring a constantly high quality in both the old and new programs.”

In Sweden, the humanities faculty typically has a tradition of offering a wide range of courses, which students can then combine very freely.

“In recent years, we have seen an increased demand for more customised programs,” says Thörnqvist. “We will have to get used to having offering a more variable range of training.”

The breadth of studies available at the university is another reason for its popularity. The University of Gothenburg is placed at number 193 overall in the latest 2012 QS World University Rankings, which is testament to its growing reputation.

Flexibility seems to be key in terms of future success. “It is an important goal for us to meet students’ growing demand for cross-disciplinary studies in the best way,” says Thörnqvist. “In recent years the faculty has created several new programs in which humanities collaborate with subjects from other faculties.”

It is a development that looks likely to continue with more new programs, also in English, which the university understands are also sought after by our Swedish-speaking students.

Concern has been expressed in some quarters that the reputation of Sweden in areas such as science and engineering could make it harder for universities to attract new students, especially within the arts.

While there is some truth to this, an advantage lies in being more niched.

“Attracting new students is an area where we believe the faculty has great potential that needs to be realised in the coming years,” says Thörnqvist.

“We need to develop new courses taught in English that we believe are particularly internationally competitive as well as continually improving the infrastructure for international students,” she adds.

Expanding the range of courses available in English is one of many ways the university in Sweden’s second city is confident it can continue to offer first class education in a city and country of great standing.

Article sponsored by Study in Sweden

Find out more about studying in Sweden at www.studyinsweden.se.