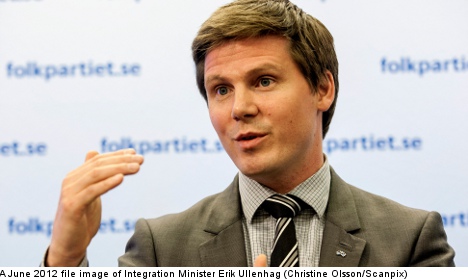 “Two years on, we do see results from working with people from day one and adapting to the individual,” Swedish National Employment Agency (Arbetsförmedlingen) head Angeles Bermudez-Svankvist said in a statement.

After a year and a half, 8 percent of the newly-arrived immigrants who participated in the “establishment reform” programme had a regular job. Another 8 percent had a “start-up job” (nystartsjobb) and 14 percent had what the agency has chosen to name a recruitment job (instegsjobb).

Bermudez-Svankvist believes the figures would be even lower without the reform.

Almost 15,000 newcomers take part in the programme, a figure expected to go up in the coming years. The majority live in Västra Götaland, Stockholm and Skåne Counties.

Sweden’s establishment reform came into force in December 2010 and was designed to help ease immigrants’ transition into Swedish society.

“Today’s Arbetsförmedling numbers show that we’ve got a clearer job perspective and there’s also a positive development in bringing people closer to the labour market,” he told Sveriges Radio (SR).

He cited a trip to the central Sweden town Fagersta where he met a small business owner and a nurse who had taken part in the programme.

“They prove that getting a job and making contacts means you’ve got a proper foothold in society,” he explained.

In 2010, Sweden’s employment agency took over integration efforts from municipalities, partly to coordinate efforts on a national level.

A focus has been to work with each individual to find them work.

In October this year, agency statistics showed that one in ten immigrants taking part in the programme had a regular job. Two in ten have a job which is supported by the state.