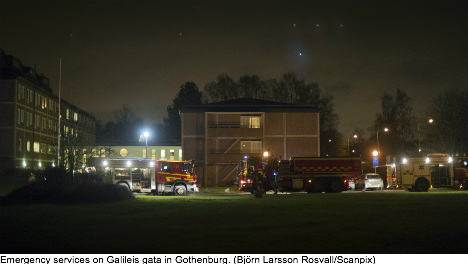 Emergency services were alerted to the fire around 10pm and sent more than 50 firefighters to the scene, reports the TT news agency.

The fire took hold of three apartment buildings and an elderly care centre, before spreading down into an underground garage.

There the burning tires on about 15 cars added to the thick smoke.

The fire was put out by 1am Friday morning and several residents in the area were allowed to return, but about 20 apartments have been left uninhabitable, writes local paper Göteborgs-Posten.

The cause of the fire has yet to be determined.