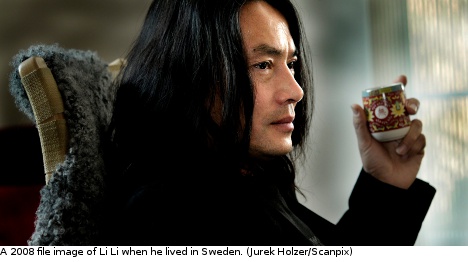 The row took off after a Chinese translation of a poem written by last year’s literature prize winner.

Chinese writer Li Li’s version of a Tomas Tranströmer poem replaced the word “chanterelle”, a popular mushroom in Sweden, with the word “caramel”.

After Swedish academy member Göran Malmqvist, 88, criticized the translation, Li published a poem on his blog which Malmqvist became convinced was a personal attack.

The poem, addressed to a young woman married to a much older man, likens the wife to a whore and the husband to a toad.

“What discipline it must require to each day subject your tender skin to the toad’s bite,” the poem reads.

Malmqvist, whose wife is 43 years younger than he is, was not too pleased.

“He is an evil person. I will annihilate him, like you crush a louse with your thumbnail,” he wrote to his academy colleague Per Wästberg, 76.

In the email exchange made public by Swedish tabloid Aftonbladet, Wästberg gives his colleague “his blessing” to annihilate Li.

He told Aftonbladet that the poem addressed the wider phenomenon of young women marrying older men.

“This is a hot topic in China. Rich old men who have several young women,” he said.

He had little sympathy for Malmqvist’s reaction.

“I am shocked and feel threatened. This damages the Swedish Academy’s reputation in China. I’ve spoken to many Chinese colleagues and everyone is upset about how they are behaving,” he told Aftonbladet.

As for the translation debate that seems to have kickstarted the argument, Li explained he changed words for it to make sense in the context.

“I swapped the word “chanterelle” in Tranströmer’s poem because no one knows what a chanterelle is in China. A “caramel” made perfect sense in the context.”