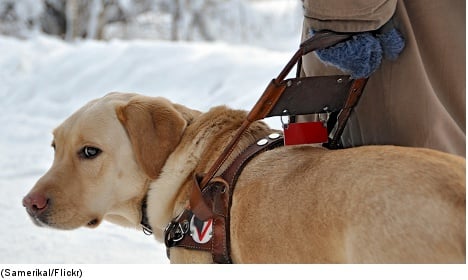 The conference, dubbed Today’s Disabilities, was organized in early November 2012 by the National Board of Health and Welfare (Socialstyrelsen).

“They said I couldn’t attend because a woman at the conference was allergic to dogs,” the woman wrote in her complaint.

The woman, who also suffers chronic pain, said event organizers had previously said it was fine to bring the dog with her.

The standard form used to submit reports to the Ombudsman asks what the nature of the would-be-discrimination is. The woman chose not to tick any of the boxes available – gender, ethnicty, age, religion or even disability – and instead wrote:

“There is a huge lack of knowledge about allergies; myths and ignorance have been allowed to become ‘true’ without anyone looking at the facts.”