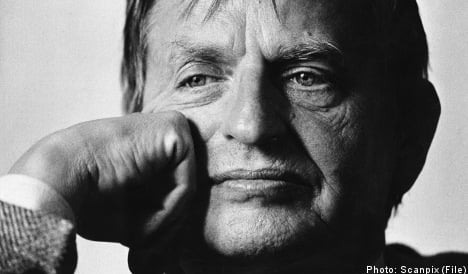 The two have been recognized for their efforts to promote and protect human rights in their respective countries and surrounding region.

Nasraoui helped found an anti-torture group in Tunisia and is a member of Amnesty International.

Facing harassment and oppressive conditions for more than thirty years, Nasraoui has remained a dedicated defender of human rights, with a particular focus on torture, according to the Olof Palme Memorial Fund for International Understanding and Common Security, the group which awards the prize.

The group also singled out the mantra under which Nasraoui works: “to not use our voices makes us accomplices to oppression”.

Waleed Sami Abu al-Khair has been recognized for his “persistent and upright” defence of human rights for both men and women in Saudi Arabia and “contributed to a legally secure and modern society”.

He runs the “Monitor of Human Rights in Saudi Arabia” website and uses Facebook to publish news about human rights.

The award, aimed at promoting peace and disarmament and combatting racism and xenophobia, was created in memory of Swedish Prime Minister Olof Palme who was gunned down by a lone attacker in February 1986, shortly after leaving a Stockholm cinema.

The prize consists of a diploma and $75,000 which this year will be shared between the two recipients.

In 2011, the Palme Prize was shared by Roberto Saviano, author of Italian mafia exposé Gomorrah, and Mexican journalist Lydia Cacho, who has exposed high-level corruption in Mexico