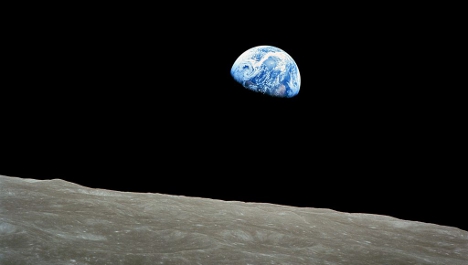 Sweden’s small Arctic town of Kiruna has a surprisingly international airport with regular flights to London and Tokyo, but it has even bigger plans: to offer commercial space flights.

Spaceport Sweden, a company founded in 2007, hopes to be able to provide the first flights within a decade from Kiruna’s airport.

“We’re working on establishing commercial flights from Sweden to space for tourism and research, and to create a launching pad at the airport,” explained the company’s enthusiastic director, Karin Nilsdotter, seated in her office at the Swedish Institute of Space Physics (IRF).

The idea is that space tourists would take off for a maximum two-hour trip into space aboard futuristic spacecraft currently undergoing testing, which resemble a cross between an airplane and a space shuttle and which can carry between one and six passengers.

The sub-orbital flights will send passengers 100 kilometres above Earth and allow them to experience five minutes of weightlessness.

Kiruna’s location in the far north of Sweden, and Europe, makes it a prime location for space flights, Nilsdotter said.

The space flights would not be disturbed by heavy air traffic, nor is the region a densely populated area. The wide-open spaces within Sweden’s borders also mean no bureaucratic red-tape to be resolved with other countries.

“We have to use this knowledge to create a unique adventure with global impact: space travel,” Nilsdotter insisted.

“Even if it’s too early to give any figures, market studies show there is potential for 14,000 travellers after 10 years of business,” she added.

Spaceport Sweden is not building its own spacecraft, but will instead collaborate with a company that is doing so, she says, refusing to disclose how many spacecraft it will operate nor the identity of its partner.

“The technology isn’t fully developed yet,” Nilsdotter said, adding that the companies were currently carrying out test flights in the United States.

The first commercial space flights are expected to take place in the United States in 2014 and a few years after that in Sweden.

The head of the Esrange space research and rocket site, Lennart Poromaa, is meanwhile more measured in his enthusiasm for the project.

“In a few years there may be commercial space flights, but it will take longer than people think,” he said.

Esrange pulled out of the project “because we’re not about creating adventure”, he explained.

But “we could help them if they need help in the field of research, possibly”, the aerospace engineer said.

According to Nilsdotter, space flights could take off four times a day.

“Researchers who want to test their experiments in microgravity may be able to fly with us and then adjust their projects,” she said.

In the United States, more than 1,000 tickets for space flights have already been reserved, at around $200,000 apiece.

For adventure-seekers who can’t wait to visit space, Spaceport Sweden already offers flights from Kiruna airport to view the northern lights, a spectacular phenomenon of colourful lights that streak across the night sky, for the tidy sum of 6,990 kronor ($1,059).