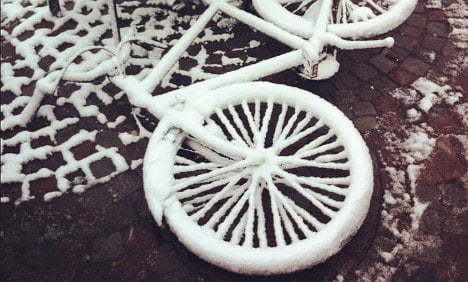 The survey was conducted by the Swedish cycling organization Cykelfrämjandet and insurance company If.

“Snow removal on bicycle paths is of great importance to traffic safety. Cyclists are at much higher risk of accidents than drivers when it’s snowy and slippery,” said If’s traffic safety expert Iréne Isaksson-Hellman in a statement.

Authorities ought to begin by clearing bike paths because it’s easier to drive a car in ten centimetres of snow and poorly ploughed streets, than it is to walk and bike on them, according to Cykelfrämjandet and If.

If snow removal on bike paths is lacking, cyclists are forced onto the streets instead, creating a dangerous traffic situation for everyone, according to Cykelfrämjandets chairwoman Cécile Everett.

Even so, the recent survey shows a positive trend for cyclists with 41 percent of Swedish municipalities responding that they prioritize bike paths.