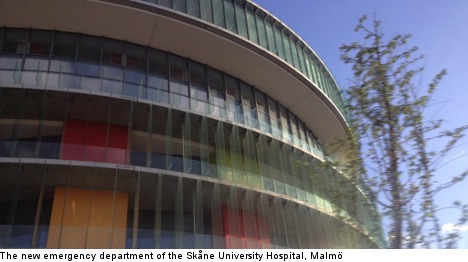 “These conditions could put patients’ lives at risk,” a nurse told the Sydsvenskan newspaper.

“It’s a catastrophe,” said another. “We’ve had to fetch beds so the patients don’t have to lie waiting on stretchers.”

The emergency ward of the southern Sweden hospital does not have enough closed-off areas with private bathrooms, nor does it have enough medicine or staff, according to the several nurses who chose not to disclose their names in the paper.

At least one other hospital in the Skåne region is facing similar shortfalls.

The main hospital in the nearby academic town of Lund is also overflowing, in part because several sections of the hospital have been closed off, a nurse told Sydsvenskan.

“The emergency ward has nowhere to put the patients. They are not getting any of the attention they need,” the anonymous nurse told the paper.

The nurse added that over 40 people were left in the waiting room on Tuesday night, compared to the usual number of about ten.

“And if someone comes in who is really sick, the doctor can be busy tending to them all night.”