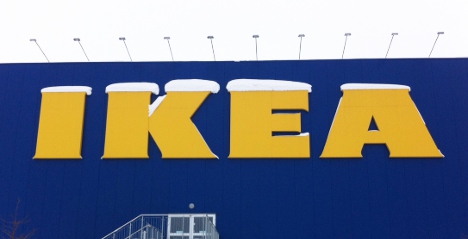 “Älmhunt is the heart if Ikea and we have 4,000 employees here,” Gudmund Vollbrecht, a senior advisor with Ikea AB, said in a statement announcing the initiative.

“In order to recruit, develop, and retain competence in Älmhult we need to be an attractive employer and good schools are an important part of that.”

Plans call for Ikea to donate 8 million kronor to Älmhult municipality in 2013 and 2014 to help local officials develop and improve the town’s primary schools as well as its international school.

Ikea has long been a strong financial backer of Älmhult’s international school, donating at least 800,000 kronor a year since the school was founded in 2000 to help support its International Baccalaureate (IB) programme.

While the town claims to have strong schools, the new initiative is meant to make them among the best in Sweden.

“The goal of Ikea’s efforts is to improve the quality of our schools, and in turn the attractiveness of Älmhult,” local councillor Elizabeth Peltola said.

Specifically, the new funding will go toward updating the schools’ technology, expanding the offering of intensive courses, and developing leadership in the classroom.

While decisions about curriculum development will be made by education officials in Älmhult, an advisory board including representatives from the company will also be created to oversee how the money is used.

However, local politicians aren’t worried that the company will exert undue influence on what students learn at area schools.

“It’s more about keeping their house in order. Ikea is working hand-in-hand with the municipality and as a result we don’t feel they can affect things in the wrong way; rather, it’s going to be a great opportunity for our children,” Sonja Emilsson, vice chair of the local governing board, told the Dagens Nyheter (DN) newspaper.

She hoped the new effort would help entice Ikea employees who currently commute two hours from as far as Malmö to consider relocating to the town of roughly 16,000 residents.

“Älmhult and Ikea have always followed one another,” she said.

“We’re not among the municipalities that are shrinking, but without some sort of motor that attracts others it’s tough. Ikea also attracts other companies.”