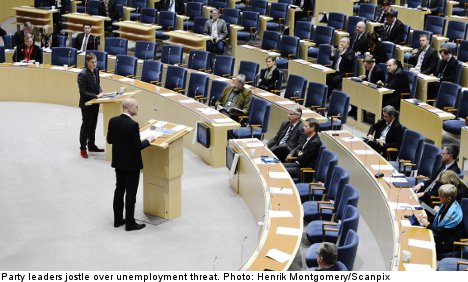 New rules being hammered out by the parliamentary fees office (Riksdagens arvodesnämnd) would mean that politicians in the Riksdag receive a pension for only two years after they leave elected office, according to Sveriges Television (SVT).

SVT reviewed the pensions system in detail in 2011, causing many to question why millions of kronor were being paid out to former politicians who were still young enough to find gainful employment.

The new rules will dictate that MPs must have worked in parliament for eight years before being eligible for a pension.

The new rules will not, however, be retroactive. Before they are put in place in 2014, all politicians will qualify for the old system.

Politicians elected after that date, however, will be subject to the new regulations, reports SVT.

Sources told SVT last year that the two biggest parties in parliament, the Moderates and the Social Democrats, were the most resistant to changing the framework.