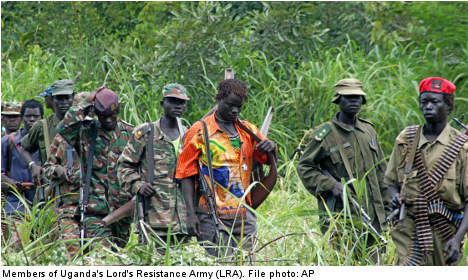 The amount is about half of the 45 million kronor refund that the Swedish International Development Agency (Sida) had sought.

“Uganda has indicated that the remaining sum was not misappropriated and has been used correctly. But before we relinquish our demand for full repayment we want an in-depth review of the remaining sum,” Charlotte Petri Gornitzka, Sida’s director general, said.

The aid was initially destined for the Peace, Recovery and Development Programme for northern Uganda, established to rebuild the region after decades of conflict and devastation.

The programme received funds from Ireland, Norway, Sweden, and Denmark.

A guerrilla campaign was waged in Uganda between 1987 and 2006 by the Lord’s Resistance Army, which became notorious for kidnapping children and forcing them to become child soldiers.

An investigation by the auditor general of Uganda last year found that a total of 86 million kronor in aid had been funnelled into private accounts linked to the prime minister’s office in Kampala.

Petri Gornitzka said Sida was “now working intensively to try to find new ways to invest the refunded sum into the same area, but without going via the Ugandan state’s financial system”.

Denmark, Norway, Sweden and Ireland have all asked Uganda to return the aid. Oslo said Wednesday it had been refunded in full.