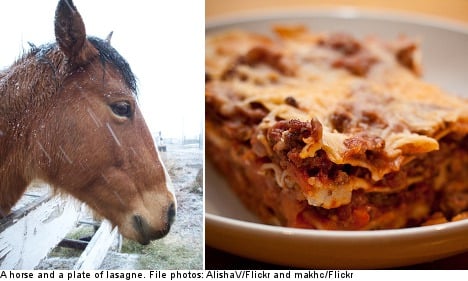 Findus could be found guilty of breaking the Food Act after mislabelling its single-portion lasagne meal as a beef product. Tests revealed that it contained some horse meat.

Commenting on the scandal, Sweden’s minister of rural affairs, Eskil Erlandsson, said it was a case of “cheating” and “fraud”.

The National Food Agency plans to hold a meeting on Monday to discuss how to stop meat scams in Sweden.

“We may report Findus to the police. We have not decided yet, though it would be a natural consequence of discovering errors like this,” Mona-Lisa Dahlbom-Wiedel, a department head at the National Food Agency, told the TT news agency.

Dahlbom-Wiedel stressed that the Agency will, in the first hand, focus on removing the mislabelled products from Swedish supermarkets and on finding out exactly what happened.

“A group of people from across the Food Agency’s departments will meet to try to map out what has happened and what we can do about it,” said Dahlbom-Wiedel.

The National Food Agency will also investigate whether other companies could also have broken the law by mislabelling their products.

In another recent food scam in Sweden it emerged that 100 tonnes of pork fillets had been dyed and then labelled and sold as beef tenderloin.

The horsemeat scandal spread to Sweden from the UK after tests there revealed that Findus’ lasagne contained up to 99 percent horse meat.

He said it was “totally unacceptable” and that “there has either been gross incompetence in some of these cases or a criminal international conspiracy.”

Findus’ ready meals are produced in a factory in Luxembourg by the French manufacturer Comigel. The meat was delivered to Comigel via the French meat handling company Spanghero, which, according to French media reports, falsified documents with information about the meat.

According to France’s vice finance minister, Benoit Hamon, Spanghero bought the frozen meat “from a Cypriot trader which had contracted a trader in the Netherlands, which in turn received the delivery from a slaughterhouse in Rumania.”

Spanghero claims that it acted in good faith and has threatened to sue the Rumanian slaughterhouse.

“Comigel’s and Spanghero’s cheating is a scandal which has affected consumers across Europe,” Jari Latvanen, CEO of Findus Nordic, told TT.

“Everyone has the right to feel upset and disappointed. But we are disappointed too because we have also been cheated,” he added.

Findus is now preparing a lawsuit against Comigel.

“It is a breach of contract and it also a case of fraud. The contract states that the beef should come either from Germany, France or Austria. We can now confirm that that is not the case,” said Latvanen.

He is upset that Findus has gotten the blame over the scandal.

“We are the ones who exposed the fraud but a disproportionate share of the blame has fallen on Findus. There are many parties in Europe that have been affected by Comigel’s cheating in Luxemburg. We discovered it thanks to our high demands on quality”, said Latvanen.

“We demand certificates and verifications from our suppliers and we carry out regular quality controls. It was at one of these controls that the supplier noticed the error,” said Nyberg. 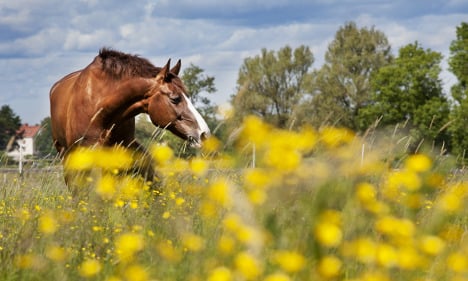 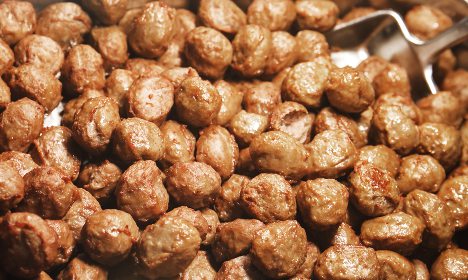