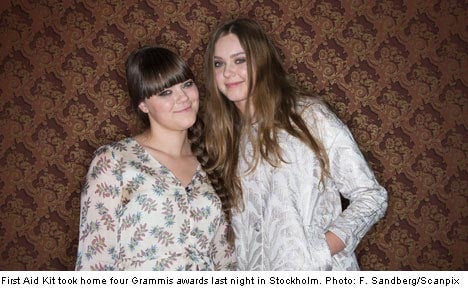 Johanna and Klara Söderberg were recognized in the categories Best Album of the Year, Best Artists of the Year and Best Songwriters of the Year.

Their fourth award came in the category Best Pop of the Year for their album The Lion’s Roar.

IN PICTURES: Have a look behind the scene at the Grammis

Swedish newspapers were quick to call their mop-up of the awards a “given”, dubbing the sisters queens of the night at the ceremony.

On stage at Stockholm’s Circus arena, Johanna, 22, and Klara, 20, dedicated their awards to young women who wanted to “go their own way”.

“And to young women who do not allow ideas about what they should look like to get in their way,” the sisters said, according to Svenska Dagbladet (SvD) newspaper.