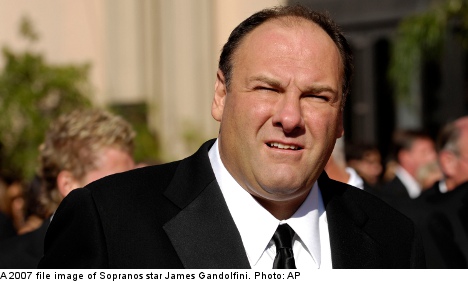 After watching the HBO-produced television show, which features actor James Gandolfini as the title character Tony Soprano, the would-be gangster saw an opportunity to squeeze a small business owner in Hässelholm, western Sweden.

The man’s extortion campaign began in late January with a threatening letter sent to the business owner’s home.

The later warned that business owner needed to pay 30,000 kronor ($4,650), as well as 10 percent of the company’s turnover, if he wanted to avoid having his shop vandalized, the local Norra Skåne newspaper reported.

A short time later, a storefront window at the shop was smashed, followed by more threatening letters hinting that the broken window was a “taste of things to come”.

The business owner reported the incidents to police officers, who then decided to put his home under surveillance.

When the would-be gangster behind the threatening letters later turned up at the house to personally drop off the next missive in his blackmail campaign, police acted swiftly and arrested him.

The 19-year-old suspect had had previous run ins with the law. During questioning, he admitted to the crimes, telling officers he got the idea from The Sopranos.