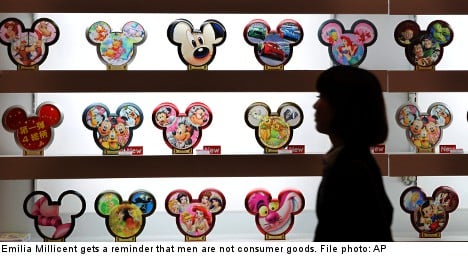 It was intermission. I perched on a bench in the foyer and watched people go by. A couple in their fifties stopped for a moment. He leaned against a wall, so tall the crest of his nearly bald head almost reached the art deco rose cornicing. She busied herself with a plastic bag.

I watched them for five minutes. Neither of them smiled once.

Why not just get divorced, I thought to myself. Such silence.

Then the bell rang. We stumbled back into the theatre. Our bums, fattened by years of champagne-guzzling and shrimp-sandwich nibbling, crashed down on cushioned red velvet chairs.

Thus is the peril of the middle class. We will eat ourselves to death in order to stave off the silence, the boredom, the angst. Or whore ourselves into an early grave.

Dangerous Liasions is playing at the Royal Dramatic Theatre (Dramaten) in Stockholm. In which cruelty is a blood sport.

As pointed out in the elegant programme, the book Dangerous Liasons was written seven years before the French Revolution. Unwittingly, perhaps, it painted a pretty good picture of what happens when people are rich enough to allow them leisure, and don’t know what to do to fill their spare time.

Have I turned into one of them?

I fled the theatre as the cast took their bow. I’m ashamed to say it. I disturbed three fellow theatre-goers and thundered out of there like an Indian water buffalo trying to get its hooves unstuck from between the rocks in a small Alpine stream.

It hit far too close to home.

There have been periods in my life when I felt so bored I became self-destructive… destructive even. I wrote in my last column that I, out of respect for myself and others, would never consider being dishonest in a relationship. That’s true now.

It hasn’t always been.

At the age of 22, I did what the Marquise did – I took as my lover a modern version of the feckless naive boy Chevalier Danceny. My version was incredibly dim-witted and extremely inexperienced.

His dream was to join the army. I couldn’t think of anything more dull. Taking orders isn’t really my thing.

I had just finished my third-year university exams and had nothing with which I could fill the three-week void between studies and an impending, bound-to-be-boring summer internship. Putting it bluntly, I had too much time on my hands.

So I picked up a plaything, shook it about a bit, tried it out.

I realized my utter mistake a few weeks later when I was people watching on my first trip to Stockholm. A young family walked past, the man was pushing the pram. The toddler yawned indolently in the sunshine. The little postcard of nuclear-family bliss rattled my cage, big time.

My boytoy fling had already ended by then, but that I’d slept with someone who’d I’d never ever willingly raise a child with hit me with full force. The thought that something could have gone wrong, that I could have wound up pregnant with this man, this boy!, left me feeling fettered and defeated.

I realize I sound like a moralist. That is not true. I have very few opinions on other people’s consensual sexual relationships. But I had never slept with someone for whom I felt such utter apathy. It made me feel rather cruel.

Maybe not quite as cruel as Valmont feels in the end of his torturous treatment of the mild and pious Madame de Tourvel. Yet cruel, nevertheless.

SEE ALSO: “I will never cut corners romantically, ever”

As I’ve grown older, I venture to say grown up, that period of my life seems in hindsight to fit in rather well with my material circumstances. My family was solidly middle class. I had money enough to allow time in which I was bored. To play. A luxury, really.

As far as Dangerous Liasons is concerned, there is of course a modern twist. I gather from Swedish friends my age that a paradigm shift has taken place in Sweden in the last few years. To stimulate consumption the government gave income-tax breaks.

Now everyone owns two cars but no one really knows where to park them. Metaphorically.

It’s all about things. Literally.

Confusingly, even what seems to be a moral code can sometimes be misleading. Let’s take feminism as an example.

“I’ve always known I was born to dominate your sex and avenge my own.”

…it doesn’t give her happiness.

So off with our heads.

Emilia Millicent lives in Stockholm and works in finance during daylight hours. 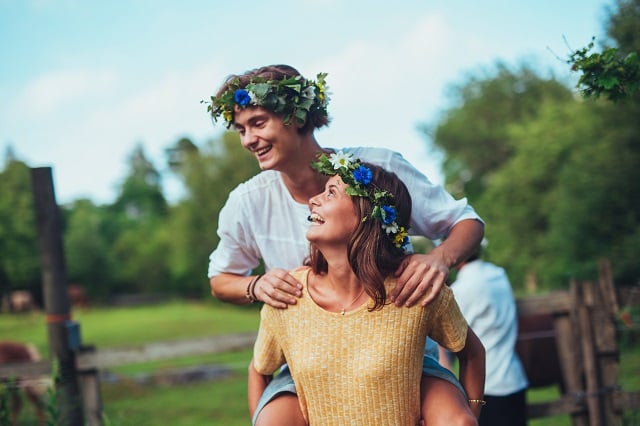