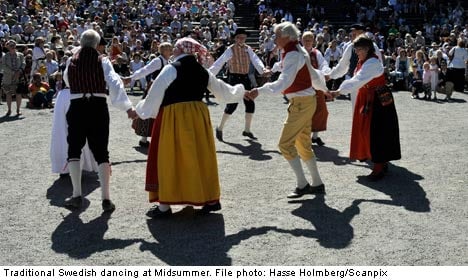 “How would it look at performances?” their instructor allegedly told them when they showed up at class together.

The women also reported that they were subjected to ageist comments by the other participants, many of whom were significantly older.

The Skånskan regional newspaper reported that the two young women eventually found the experience so tiresome that they decided to pack in the course.

In response to an email sent to the instructor, they were told “You seem to think we are prejudiced, but a woman isn’t strong enough to take the lead in the hambo“, referring to a traditional Swedish dance.

The email annoyed the two young women, who said they were physically fit enough for one of them to “act as the man” and lead during the dance.

They also felt the instructor intimated that had the first woman, who registered for the course but said she was yet to find a partner, been open about wanting to dance with another woman, they would have not been accepted to the course.

In the two women’s report to the Equality Ombudsman (Diskrimineringsombudsmannen, DO), they wrote:

“Dancing, and in particularly older traditional dance forms, relies on gender stereotypes, with a man leading and a woman following. We don’t oppose this, we oppose not being allowed as two women to take part.”