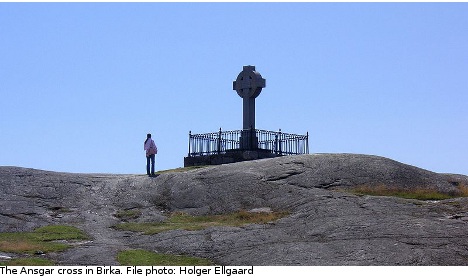 The so-called Birka girl is a prominent exhibit in the museum’s permanent Viking exhibition and researchers have now discovered that the girl probably originated from Germany or Denmark.

“It is unlikely that she came from the Mälaren region,” said Charlotte Hedenstierna Jonson at the museum to the TT news agency.

The girl is known to have died at the age of six in the middle of the 10th century. She was buried in Birka, the Viking settlement on an island in Lake Mälaren along with precious items which indicated that she had belonged to a wealthy family.

Her dress and jewellery were however not typical for the region at the time and tests on the levels of sulphur, nitrogen and carbon in her bones and teeth don’t match tests conducted on animals reared in Birka.

“The animals have a different sulphur profile than she has,” Hedenstierna Jonson said, leading to the conclusion that the girl was not raised on local food.

Birka in the 10th century was a thriving market town with between 500 and 1000 inhabitants. Traders came from far and wide to peddle their wares.

“My guess is that she comes from northern Germany or southern Denmark,” Hedenstierna Jonson said, pointing out that the girl was buried according to Christian traditions in Birka’s finest burial ground, located within the city walls.