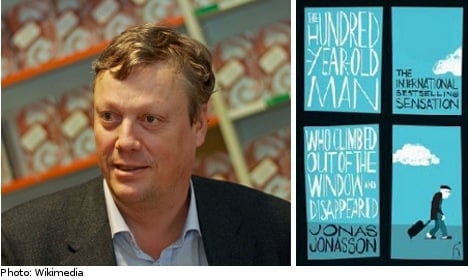 Jonasson’s book, described by the UK Independent as “arguably the biggest word-of-mouth literary sensation of the decade”, has notched up a sixth place listing on Amazon’s chart despite little media hype or marketing.

The book, entitled The Hundred-Year-Old Man Who Climbed Out of the Window and Disappeared, has sold five million copies worldwide despite not conforming to the Nordic noir genre made popular by Stieg Larsson’s Millennium trilogy.

Jonas Jonasson explained the book’s unlikely success in that it presents a tale of escapism that appeals to those who live a humdrum existence.

“In general, we all live grey lives,” Jonasson told the newspaper.

Jonasson took a decision to change his own life some five years ago, selling the media business he had built up because running it was making him ill. He retired to an island for a taste of the quiet life and began to write.

The result was his debut novel published in 2009 and which quickly became a best bestseller in Sweden. The rights have now been sold to 30 countries and a Swedish-language film is due to be released during 2013.

The international success has however come with a downside as Jonasson has been presented with a tax bill of 12.7 million kronor ($2 million) by the Swedish tax authorities, who allege that he hid income on Cyprus.

Jonasson has denied that he deliberately tried to avoid paying tax and is cooperating with the agency to clarify the matter.