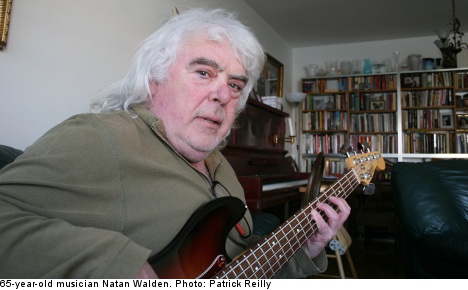 There are 7,063 Polish-born people currently living in Malmö, making the Poles the fifth largest nationality group in the southern Swedish city. Almost 1,000 people from Poland have moved to the city in the last three years, leaving Stockholm as the only Swedish city with more Polish natives.

From fleeing anti-Semitism to seeking work, each Pole has a story to tell as to why they ended up in the ethnically diverse city that boasts 152 different nationalities.

SEE ALSO: Malmö: Cheaper than Stockholm and warmer than Gothenburg

Take 65-year-old Natan Walden for example, who left his homeland in 1968 during the political crisis which saw Jews like him persecuted. Walden was given the option of moving to Israel but opted instead for the United States before moving to Malmö in 1974.

“What happened in 1968 to Polish Jews was horrible. My whole family was basically thrown out so we went to America,” he tells The Local at his home in central Malmö.

“I met my future wife back home and she came to visit me in New York. She had moved to Malmö and said I should come for a visit and to get married. That was 1974 and I still haven’t left.”

A lover of music, Walden worked as a session musician in New York City playing bass guitar and piano. His musical talent helped him find work in Sweden as a teacher and working on popular television shows like Melodifestivalen and Helt apropå (‘By the by’), which won a Rose d’Or at the Montreux TV Festival.

“When I went to America I could just say ‘Hello, how are you?’ which was more than I could say when I first came to Sweden,” Walden says.

“In 1988 I was part of the selection process for Melodifestivalen and played on all the songs that year. My favourite was 100% by Lotta Engberg that came third behind Stad i ljus by Tommy Körberg. It was a much better song and it was no surprise when Stad i ljus did nothing at the Eurovision Song Contest.

“Back then the Melodifestivalen was about real music and live performance. It’s no longer about music but about image, style and is a bit of a circus. Musicians aren’t in demand the way they were,” he says.

Despite his reservations for the modern Eurovision, Walden admits he’ll watch the contest and will pick who he supports on the night

“Whoever has the best song with the best musicianship will be the one I cheer for.”

Not far from Walden’s home is the local Polish grocery store managed by 26-year-old Martin Wilczynski who runs the family business. A second generation Pole he was born in Malmö after his parents emigrated from Gdynia in the mid-1970s.

“The Communist regime made it hard for people in Poland to have a good life. There was the chance for something better in Sweden and of course more work opportunities,” Wilczynski says.

Wilczynski’s father worked in the Malmö shipyards along with many other immigrants from Italy and former Yugoslavia.

“I’m not sure how they all communicated with each other but somehow it must have worked,” the younger Wilczynski says with a laugh.

His mother got a job in a local hospital before the family opened the city’s first Polish store in the early 1990s. The business has expanded from a small shop to one of the bigger outlets in Möllevångstorget and Malmö’s diversity means there are plenty of non-Polish customers.

“There is a rich food culture here in Malmö so I’d say we have 70 percent Polish customers and the rest are from everywhere else. Polish people tend to miss certain things like the milk which we import along with all our products.

“We’ll often have Swedish people coming in looking for ingredients to make a Polish dish after seeing something on television,” he adds.

The upcoming Eurovision Song Contest should also be good for business despite Poland’s absence from the event. The nation withdrew citing financial pressure after it co-hosted last year’s European football Championships. Eurovision won’t even be broadcast on Polish television.

“After detailed analysis of pros and cons of participation, management of TVP decided that Telewizja Polska S.A. will not take part in Eurovision Song Contest,” spokeswoman Joanna Stempień-Rogalińska of the Polish national broadcaster said in a statement.

“It’s a pity Poland won’t take part as there are so many of us here. I feel that it is a mistake but you can understand why,” says Wilczynski who admits he hasn’t fallen for the Swedish Melodifestivalen hype.

“For me I don’t care so much for the Eurovision but I’ll support Sweden on the night. It’s good for the city to host an event like this as it will bring in tourists and put Malmö on the map in a good way.”

Financial pressures are also forcing the closure of the local Polish consulate which will cease its activities this summer. A spokesperson for the consulate told The Local that “funding is being diverted elsewhere as Polish people are moving to other places nowadays.”

The figures tend to bear this out with migration levels from Poland decreasing combined with the number of Poles leaving Malmö for pastures new.

Sweden still provides an opportunity for new arrivals, and the nature of the work is often different from the labourers who came in the 1970s.

“If you look in the local hospitals you will see a lot of Polish names who are doctors. That is perhaps the greatest contribution the Polish community have brought to Malmö,” Wilczynski concludes.

By the numbers: a snapshot of Malmö’s Polish population

* Poles are the fifth largest nationality group living in Malmö

* 13,522 Polish-born residents have moved to Sweden in last three years