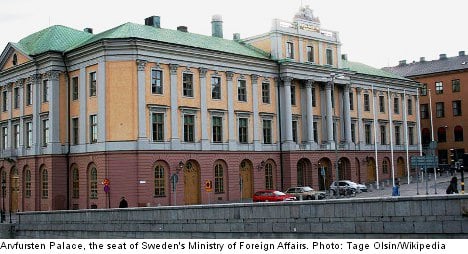 Sweden’s justice ministry said on Friday it had yet to receive an extradition request from US authorities.

“If it’s a political offence, you can’t extradite a person” to a country outside the EU, said Per Clareus, a spokesman for Swedish Justice Minister Beatrice Ask.

“And espionage is usually considered a political crime,” he added.

Velazquez’s husband has worked for Sweden’s foreign ministry since 1988, a ministry spokeswoman said.

She said the ministry had been “aware of the issue for several years” but that an internal review had found that the man’s marriage to Velazquez did not pose a security risk.

Swedish media on Friday reported that the suspect was a Swedish citizen, which if true would also block an extradition, but neither the justice ministry nor the foreign ministry could confirm her nationality.