The 400 page list kept by what is today the Nordea bank includes the names and personal identity numbers (personnummer) of more than 2,000 people, often with subjective or derogatory notations, the Svenska Dagbladet (SvD) newspaper reports.

“Unsuitable! Car salesman from a gypsy family,” a description of one person read.

“Fraudster and con-artist family with a father and two sons, who undoubtedly follow in daddy’s footsteps,” read another description.

The registry viewed by SvD has entries dating from the 1970s up until 1995, and was kept by Nordbanken, a Swedish bank which since 2000 has been known as Nordea.

While the list includes the name of known financial criminals, such as Joachim Posener, accused of being the brains behind the Trustor investment scandal, many other names appear to be cases of guilt by association, where people are included on the list because they happen to know someone deemed “unsuitable” or someone convicted of a crime.

“What’s written is totally wrong; I’ve never met the man who they connect me to. And I’ve never been convicted and never been a financial criminal,” businessman Stephan Karlsten, one of the people on the Nordea list, told SvD.

“It’s affected me. I’ve gotten a chilly reception with financial firms everywhere. I’m convinced this list has been passed around.”

“All banks keep similar notes in order to avoid credit loses,” she said.

She added that bank’s practice of keeping a registry of unwanted customers was abandoned after data privacy laws were tightened. 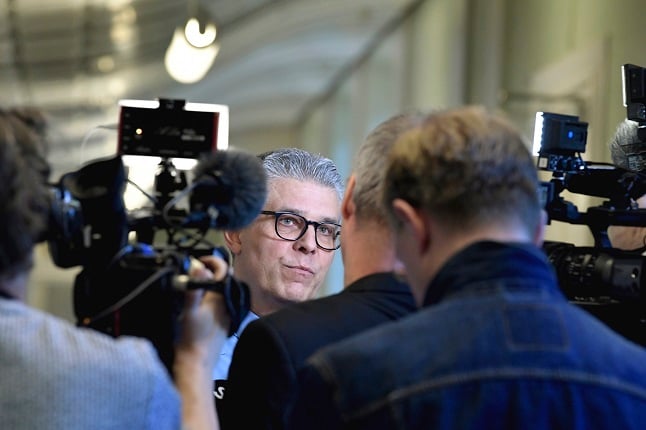