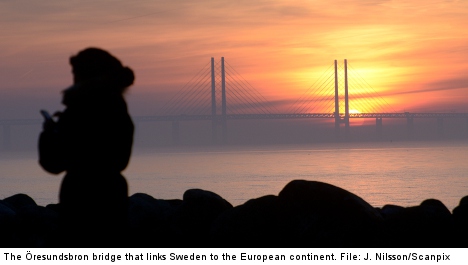 The UK, Germany, Austria, and the Netherlands demanded the topic was put on the EU’s agenda, co-signing a letter to the Council of the European Union that claimed EU migrants were causing “considerable strain” on their welfare systems, health care and schools.

They wrote that the free movement directive cannot be unconditional, and added that they want the right to deny new EU citizens the right to social benefits if they have never been employed or paid taxes in their new country.

However, Sweden’s Migration Minister Tobias Billström was unimpressed by the contents of the letter.

“I think there’s some scaremongering here which we in the Swedish government are not taking part in,” he told the TT news agency.

Sweden’s EU Commissioner Cecilia Malmström said the letter reeked of populism and domestic policy, adding that it did not reflect the EU’s own statistics.

She also reacted to the choice of language in the letter, taking particular exception to the term “EU immigrants” – a concept she argues doesn’t exist.

“They’re mixing apples and pears quite freely. They’re mixing up internal EU movement with immigration. They’re listing problems without giving a single figure, a single concrete example, and want us to change the principal of free movement,” she said.

The EU grew by ten new member countries in 2004 and a further two in 2007. With countries joining from eastern and central Europe, a debate about social tourism began. Now, economic woes and the success of EU-sceptics have fuelled the flame.

Last week, the EU commission took the UK to court suspecting the nation was discriminating against EU citizens, who find it much tougher to get social welfare than British citizens do.