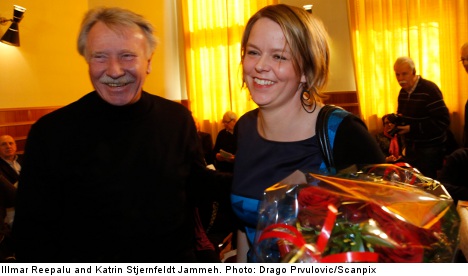 He will be formally replaced by fellow Social Democrat Katrin Stjernfeldt Jammeh on July 1st.

Reepalu’s tenure saw the transformation of Malmö from an old industrial city into a thriving modern city.

Major infrastructure projects such as the redevelopment of the Västra Hamnen area, the City Tunnel rail link and the Öresund Bridge were completed during Reepalu’s time in charge of the city council.

The establishment and expansion of Malmö University has been credited with transforming the city’s economy and demographic.

The outspoken Reepalu’s legacy will however forever remain tainted by comments in recent years about the city’s Jewish population.

Announcing his resignation in a letter to the Sydsvenskan newspaper in February, Reepalu brought up the anti-Semitism accusations levelled against him in recent years.

“Badly chosen phrases on my part were misinterpreted and twisted into deeply insulting statements about my beliefs,” he wrote.

Katrin Stjernfeldt Jammeh grew up in the southern region of Skåne, where Malmö is located. She studied political science and is a former leader writer at the left-wing newspaper Arbetet.

As schools councillor she has carried out a big reorganization drive, shifting responsibility for schools from the city districts to central authorities.

Stjernfeldt Jammeh is one of the few local Social Democrats to have openly criticized Reepalu’s statements about Jews and anti-Semitism in Malmö, which have received international attention.

“His statements have created mistrust,” she told newspaper Dagens Nyheter (DN) in March 2012.