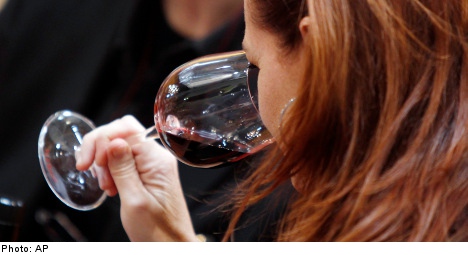 “It is a parent’s responsibility to be sober when they are with their children,” said Professor Madeleine Leijonhufvud to the Dagens Nyheter (DN) daily.

Leijonhufvud pointed out that every fifth child in Sweden lives with one or two parents who suffer from drinking problems and argues that a new law penalizing parents would address the problem.

The proposal was presented at a seminar organized by temperance society IOGT-NTO’s at the Almedalen political week and is specifically designed to tackle “everyday drinking”.

The law currently has no scope for punishing parents who drink in the company of their children and Leijonhufvud argued that the proposal is an attempt to prompt a discussion on the issue.

She compared the offence to minor assault which currently carries a penalty of up to six months imprisonment.

While the proposal is aimed at “everyday drunkenness” it in effect suggests that parents would not be able to share a glass of wine at dinner.

“If you have a sick child and need to drive them to hospital then you can’t drink wine,” she told DN.