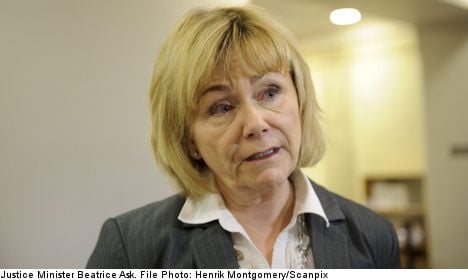 “Even though it is meant to protect EU funds, there is a risk of starting a trend where a prosecutor acts across member states,” Ask told news agency TT. “It’s not a development we want to see and we remain very, very sceptical.”

Despite additional opt-outs from the UK, Ireland and Denmark, European Commission President José Manuel Barroso stated that he expected the new office to be in place by early 2015.

“It will be significant in strengthening protection for taxpayers’ money and opportunities to access fraud cases involving EU funds,” Barroso said.

Despite the Swedish government’s hesitance, by signing the EU’s Lisbon Treaty, Sweden may already have paved the way for the office to be established, since the treaty provides its legal foundation.

Ask added that the number of countries in support of the idea are in the minority.

In order for the European Public Prosecutor’s Office to come to fruition, at least nine member states must support the proposal.