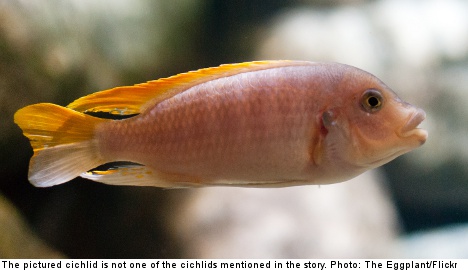 When the County Administrative Board (Länsstyrelsen) checked up on the nightclub, representatives found there was something positively fishy about the volume.

In fact, the beats were so loud that the cichlids in the fish tanks were deemed to be at risk.

Swedish rules state that music cannot be played over 65 decibels for extended periods when pet animals are in the vicinity, and the nightclub’s music was recorded to be at 100 decibels.

The owner of the nightclub, however, claims that the measurements were carried out incorrectly, and that the fish were in a separate room where the noise does not affect them, reported the Dagens Nyheter newspaper.

But the board insisted that the club gets either new aquariums or quieter music, otherwise it risks losing its permit to have animals on the premises.

Cichlids are a popular freshwater fish, often kept as pets, with well over 1,500 species recorded.