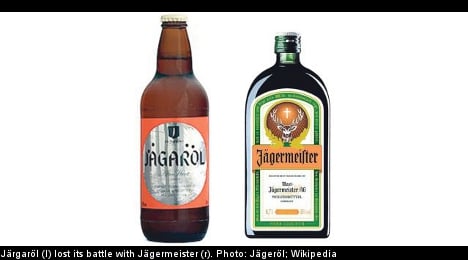 But the makers of Jägermeister filed a complaint over the similarly-spelled beer brand name, and after examining the complaint, officials with PRV reversed their ruling, finding there is a risk of consumers mixing up the Jägermeister and Jägaröl brands.

“It’s totally ridiculous that Jägermeister is trying to crush a little, little local brewery. I’m not a threat to them and it’s impossible to get us mixed up,” Magnus Jensen, the owner of the Jägaröl trademark, told the Metro newspaper.

While Jensen disagreed with PRV’s ruling, calling it “extremely poor”, he had no plans to file an appeal in hopes of keeping Jägeröl on Systembolaget shelves.

“I’ve offered my hunting team my last Jägaröl,” he said.