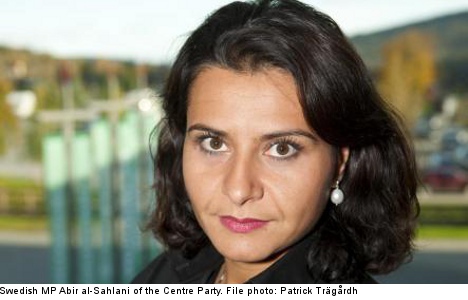 Following the arrest, Centre Party MP Abir al-Sahlani said she was concerned about what could happen to her father, Abid Faisal al-Sahlani, a Swedish citizen who is active in politics in Iraq.

“I’m afraid they will take him in a car in the middle of the night and that he’ll disappear,” she told the Expressen newspaper at the time.

By midday on Monday, however, Al-Sahlani was released from prison, according to the paper.

The elderly Al-Sahlani, who was imprisoned for a decade during the rule of Saddam Hussein, was arrested late Saturday night in front of his wife and two teenage children who were in Baghdad visiting the Iraqi politician.

Abir al-Sahlani told Expressen the arrest was ordered by Iraqi Prime Minister Nuri al-Maliki because of her father’s contacts with activists upset about a controversial decision to raise the pay and pension benefits of Iraqi MPs.

“The embassy has had contact with Iraqi authorities about the matter. According to the information I have, it’s unclear on what grounds he was arrested,” Swedish foreign ministry spokeswoman Victoria Bell told Expressen.

A resident of the south Stockholm suburb of Hägersten, al-Sahlani was born in Iraq and launched her career in politics in Härnosand in northern Sweden as the youngest representative on the governing board of the local Centre Party chapter.