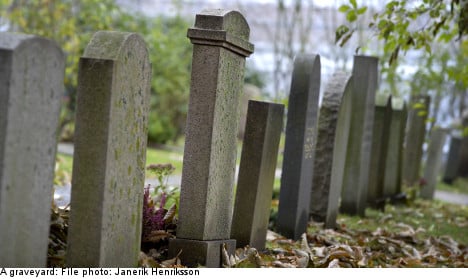 “The body was completely rotten, the relatives couldn’t go into the apartment because the stench was so strong,” the wife of the deceased woman’s nephew told the Norrköpings Tidning newspaper.

The elderly woman died at her Norrköping home in March, aged 83, and a doctor pronounced her dead on the scene. But it wasn’t until April when relatives started asking around for details of the funeral that the mistake was realized.

“It was a misunderstanding between the care workers and our own staff as to who should be responsible for taking care of the body,” said Jaan Timoleon, head of Neron, parent company of Medicinskt Centrum where the doctor worked.

“Looking at the facts, there’s no debate that this is our fault. It’s an incredibly regrettable incident,” he added.

The entire apartment needed to be sanitized, and all the woman’s belongings had to be thrown away.

The case is not the first of its kind in Sweden. In late May, the body of a man in his fifties was found in a south Stockholm flat. It was estimated that he died two years previously. In July, police were shocked to find the body of a man they were trying to evict from a Stockholm apartment, where he was suspected to have been dead for 18 months.