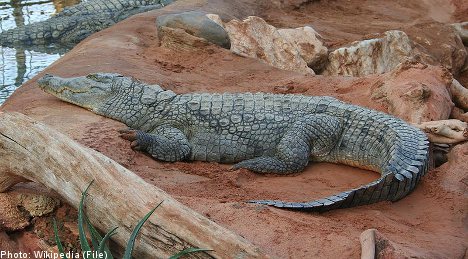 Customs officers seized the man at Landvetter airport in Gothenburg after noticing something peculiar. The Nile crocodile, which are usually found in Africa, had been packed into a cardboard box with its legs taped down and a rubber band placed around its jaws.

The man had not declared his exotic purchase at customs and said in an interview; “I thought it was a lizard.” He said that he tried to find the type of species online without success and was unaware that he couldn’t import his new crocodile into Sweden.

The Gothenburg district court said his statements were unreliable and he was charged with a fine.

“The pictures taken at customs control shows an animal that is clearly a crocodile,” said the judge reports Aftonbladet.

Nile crocodiles are found predominately in Africa and can measure up to five metres long and weigh up to half a tonne. Their diet consists largely of zebras and antelopes.

The crocodile was also taken off the man as part of his punishment.