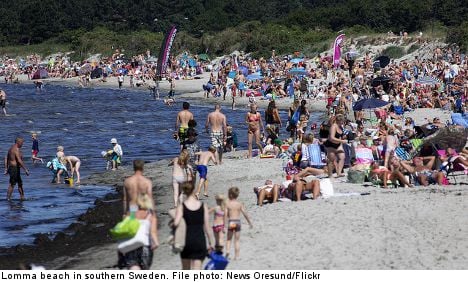 Last week, the story was discovered by a number of notable international news outlets, including the <a href="http://www.dailymail.co.uk/news/article-2424416/Swedish-court-rules-IS-legal-masturbate-public-directed-specific.html

” target=”_blank”>Time magazine in the US.

To get to the bottom of the story, The Local caught up with Olof Vrethammar, the prosecutor who handled the case, to find out what his inability to achieve a conviction actually means.

“There has been a lot of reaction to this case but I think what has happened is that my words have been taken out of context a bit. I read somewhere that this was a ‘landmark trial’ but that is not the case,” Vrethammar explains.

Vrethammar was present in court when the 65-year-old man who was literally caught with his pants down was acquitted by the Södertörn District Court.

“For the man to be convicted for sexual molestation it needs to be proven that he was targeting one or several specific people. If you can’t prove that is the case, then it is not sexual molestation,” he said.

The prosecutor said the ruling does not the open the door for exhibitionists to simply peel off and head for their local beach.

“If a similar situation happened then it is likely the person would be charged with a sexual offence depending on the circumstances,” he explained.

“In this case, the court found that the accused had his back to the injured party and that nothing points to the conclusion that a crime was targeted against them. The act may be seen as disorderly conduct.

“If, however, you expose yourself to somebody, that violates their sexual integrity then you may be charged with sexual molestation.”