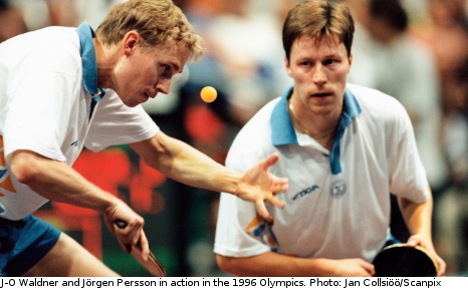 “It is a great honour,” the 1992 Olympic gold medallist told the TT news agency.

The initiative is the result of a cooperation between the postal service in Sweden and in China and the stamps were released on sale on Friday. The stamp features the sporting legend preparing to serve.

“They have already sold three million and they have 13 million more to sell,” Waldner told TT. “It’s huge, it doesn’t get much bigger than this in China.”

Waldner, who no longer plays the sport at an international level, remains one of the best known foreign sports stars in China. A series of battles against Chinese players in the 1990s made the Swede a household name.

Despite his best years being long since past, Waldner remains a familiar face in the table-tennis crazy country and is known affectionately by the nickname Lao Wa. His commercial interests in China include a restaurant serving up Swedish meatballs in Beijing.