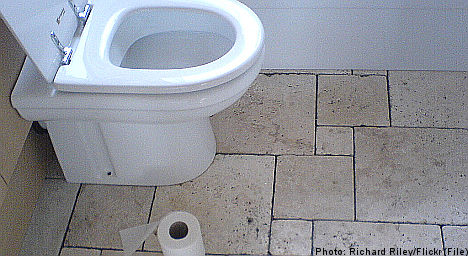 She explained that many children seek treatment for stomach pains and vomiting because they refuse to use dirty school toilets.

“Those who suffer most are children who wet themselves, which can be a consequence of trying to hold it in all day,” she said.

Several paediatricians told TV4 that every third visit they receive is from a child with stomach or urinary tract problems.

Since 2007, the number of annual complaints about conditions in Swedish schools filed with the Swedish Work Environment Authority (Arbetsmiljöverket) has nearly doubled.

“A dirty toilet may result in children trying to hold it in all day and that can lead to medical problems,” the agency’s Fredrika Brickman told TV4.

In August, the agency launched a programme to carry out detailed reviews at 30 percent of the countries schools by 2016. Among other things, the reviews will look at stress, violence, as well as cleanliness.

“As far as I’m concerned, it’s fundamental human right to be able to go to the toilet,” said paediatrician Chrapkowska.